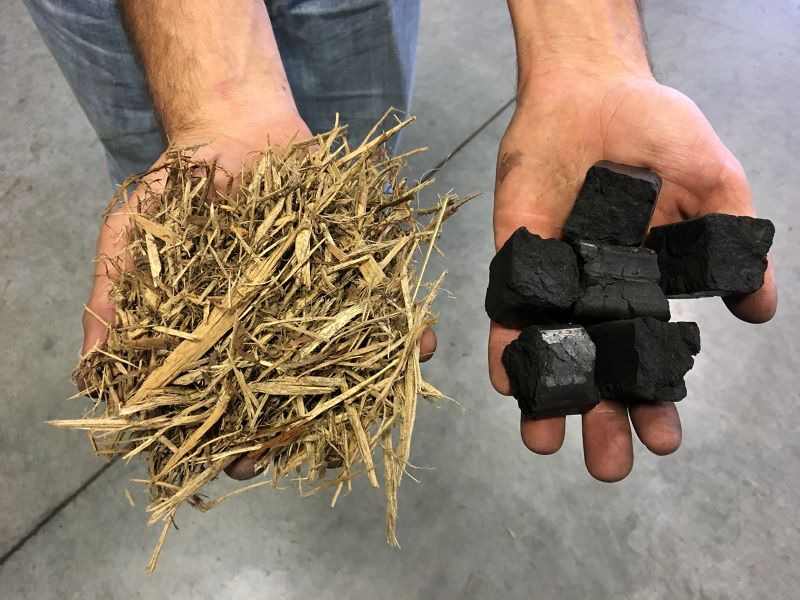 HM3 Energy’s innovative biocoal technology is getting a boost from a 2019 U.S. Forest Service Wood Innovations Grant. HM3 wants to turn piles of forest slash resulting from restoration operations in Northern Arizona into biocoal that can replace coal in Japanese coal-fired power plants.

Northern Arizona University’s Ecological Restoration Institute and Coconino County are collaborating with HM3 Energy on the grant titled “Converting Forest Residues to Profitable Torrefied Briquettes for Export Markets.” The purpose of the project is to obtain all key information needed for construction and operation of a 50,000 tons-per-year commercial torrefied briquette (biocoal) plant in northern Arizona that would export biocoal to Japan. The plant will be designed so that capacity can be doubled in the future.

Forest restoration efforts have been impeded due to the lack of a viable market in many locations for the slash resulting from thinning operations. It is too bulky to transport long distances and is therefore disposed of in pile burns during cooler weather that negatively impact air quality. The market HM3 Energy provides for the slash will complement and enhance efforts of other markets that must remove residuals after accessing small-diameter wood and woody biomass residues.

Coconino County is assisting in site identification for the commercial biocoal production plant, and NAU’s Ecological Institute is accessing biomass and detailed rail logistics for delivery of the torrefied briquettes to Japan via rail and ship. Japan, which is actively seeking to reduce the use of coal in power generation, has strong economic incentives in place to promote alternative sources of power. Biocoal imports would allow Japanese coal plants to reduce dependence on coal without making expensive modifications costing hundreds of millions of dollars, as is the case with converting coal plants to raw wood pellets.

Successful Plant Would be First of Many

The volume of biomass available in the Coconino and Kaibab National Forests alone can effectively support numerous biomass torrefaction plants, each using 160,000 bone dry tons slash annually over the next twenty years and more. However, the success of this project has much wider implications beyond Arizona. A successful commercial plant would be just the first of many in the western U.S. and Canada that could accelerate the pace of implementation of forestland and rangeland restoration treatments by utilizing biomass residues that are to be disposed.

HM3 is actively seeking partners and funding for this first commercial plant.

The Grant Press Release can be found here.

About the Author: Hiroshi Morihara

Hiroshi has been researching ways to use forest biomass since 2007. He founded HM3 Energy, which has perfected making biocoal out of forest waste.